Keith had been a member since the formation of the club in the early 1970s and has always been a very well respected member of the club.

The 2020 event was held online on the Lichess platform. For details see https://camberleychess.co.uk/event/keith-richardson-memorial-tournament-2/

Here is a short video of the event

Entries, Pairings and Results are here

Congratulations to the winners:

Despite other national sporting activity that day, attendance was well into double figures and many thrilling chess games ensued.

CONGRATULATIONS TO THE WINNERS

The Top Ten results were as follows:

A total of £100 was collected from the sale of Keith’s chess books and donations. This will be forwarded to his favourite charity.

Sincere thanks are due to Ken Coates (tournament director), John Upham (main organiser and photographer), Christine Coates (set up) and everyone else who helped to prepare this event in the memory of an esteemed chess colleague.

Photos from the day can be viewed here https://johnupham.smugmug.com/Chess/2018-Keith-Richardson-Memorial-Tournament/

Special thanks to the Reverend Richard Lane for his permission to use the Frimley Road Baptist Church Hall for this event.

Keith Richardson was a longstanding member of Camberley Chess Club, was well known in the English chess community and was an international correspondence Grandmaster.  He had been suffering from Parkinson’s disease and died following a stroke in April 2017.

Chess books from Keith’s collection raised over £215 for Parkinson’s Association. It was a pleasure to have Sandra Richardson awarding the prizes.

Short video of the day

Full results and cross table are below:

Thanks to Ken Coates the Tournament Director, Christine Coates and to all who helped organise and set up this chess tournament event.

Photos of the day

Some games from the tournament

Keith had been a member since the formation of the club in the early 1970s and has always been a very well respected member of the club.

It is the club’s intention to hold this event annually. Please contact the club if you would like to help or participate in this event in the future. 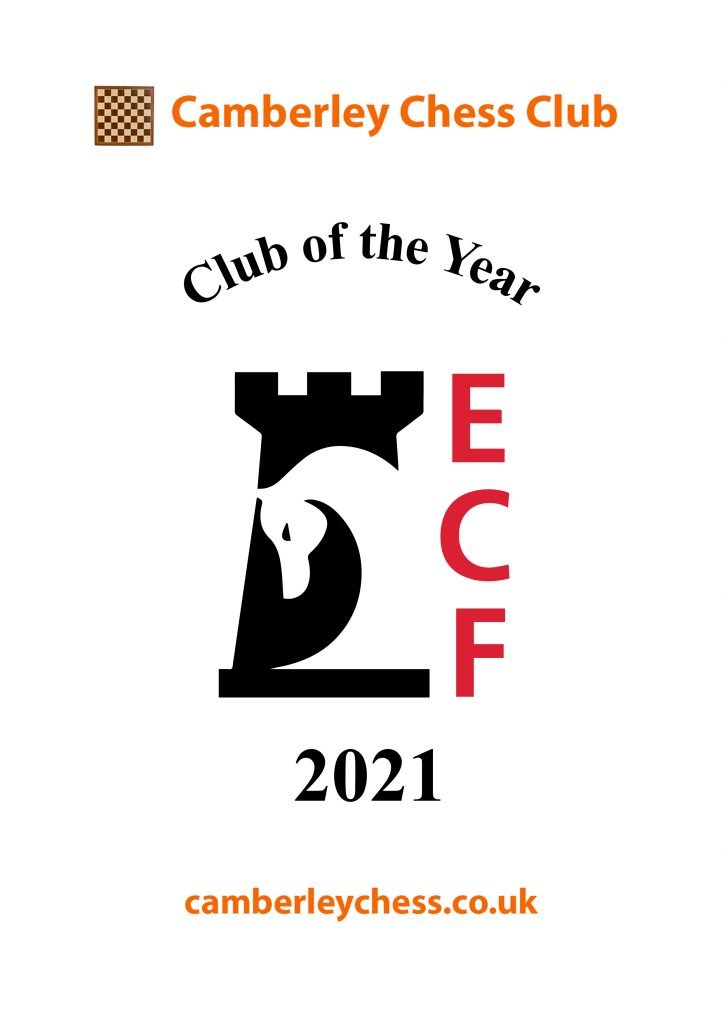