Our 4th Arena Tournament on chess.com was won by Peter Hasson, 2nd was Mark Payne and 3rd Gordon Birch.

Well done to everyone who played.

Here are the details

We had our third arena tournament on chess.com

Details of the positions and all the pairings are here. If you want to look at any particular games, just click on that game:

We had our second arena tournament on chess.com

Details of the positions and all the pairings are here. If you want to look at any particular games, just click on that game:

The time limit for each game was 5 minutes per player plus a 2 second per move increment, and the tournament lasted for 60 minutes.

Thanks to all those who participated, it was tiring but fun!

The detailed results can be found here 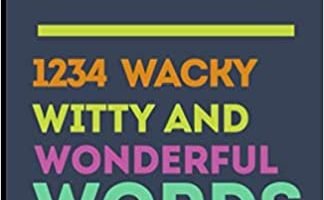 Keith Richardson Memorial : We have a Winner!

The Fourth Keith Richardson Memorial Tournament was the first one to played entirely online using the Lichess platform on Sunday, November 1st.

In third place place was Camberley Club member Julien Shepley playing under the nom de plume of MurrayGeenWood. As the highest place Camberley member Julien has become Club Champion for 2020.

A total of 20 players from across the country took part.

Catch Up on This Weeks’ Zoom Meeting via YouTube

If you  are not able to join our weekly Zoom meetings then you may catch-up via YouTube.

You can catch up with the latest meetings here https://camberleychess.co.uk/videos/

Grandmaster Keith Arkell guests at a weekly Zoom session for Camberley Chess Club to discuss two games in detail. First a very technical double rook ending from a Smyslov Caro-Kann and secondly a win against GM Julian Hodgson from the Sutton Congress.

Camberley Chess Club have suspended meetings at the club, however, we are meeting online

We are meeting online as follows:

If you are a member and would like to join in online, please request to join by emailing info@camberleychess.co.uk

We are also on Chess.com. Why not come and join us online at https://www.chess.com/club/camberley-chess-club

We are also on Lichess.org Why not come and join us online at https://lichess.org/team/camberley-chess-club

If you would like to join in online, please email info@camberleychess.co.uk